ASD and ADHD traits reflected in brain of typical adults 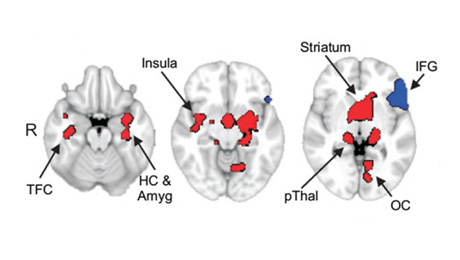 Faculty of Social and Behavioural Sciences, University of Amsterdam

Characteristics form a continuum extending into the general population

The severity and extent of symptoms varies considerably across patients with Autism spectrum disorders (ASD) or Attention Deficit Hyperactivity Disorder (ADHD). This has led to the idea that the key characteristics of these disorders lie on a continuum that also extends into the healthy population.

In this study the relationship between grey matter brain volume and ASD and ADHD symptom severity was investigated in healthy adults. Inter-individual differences in behaviour (as measured through clinical screening questionnaires) could be related to inter-individual differences in volumetric measures of brain regions that were previously reported to be abnormal in clinical studies, and that have also been implicated in behaviors that characterize these two disorders. Regions common as well as unique to ASD or ADHD were found.

The study confirms that the characteristics of both disorders indeed form a continuum extending into the general population. However, as the direction of the brain-behaviour relationship (e.g. less grey matter equals more severe symptoms) was not consistent for all regions compared to clinical studies, typifying psychiatric disorders such as autism and ADHD solely as extremes of brain structure abnormalities might be an oversimplification.