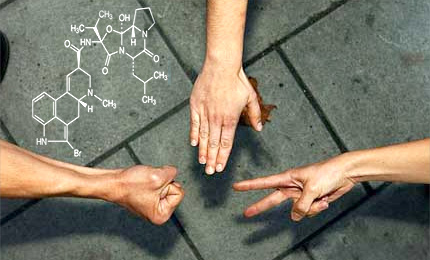 Bromocriptine does not affect decision-making

Being quick often comes at the expense of being accurate. This speed-accuracy tradeoff is a central feature of many types of decision making. It has been proposed that dopamine plays an important role in adjusting responses between fast and accurate behavior. In the current study we investigated the role of dopamine in perceptual decision making in humans, focusing on speed-accuracy tradeoff. Using a cued version of the random dot motion task, subjects were instructed to either make a fast or an accurate decision. We investigated decision making behavior in subjects who were given bromocriptine (a dopamine receptor agonist) or placebo.

We analyzed the behavioral data using two accumulator models, the drift diffusion model, and the linear ballistic accumulator model. On a behavioral level, there were clear differences in decision threshold between speed and accuracy focus, but decision threshold did not differ between the drug and placebo sessions. Bayesian analyses support the null hypothesis that there is no effect of bromocriptine on decision threshold. On the neural level, we replicate previous findings that the striatum and pre-supplementary motor area are active when preparing for speed, compared with accurate decisions. We do not find an effect of bromocriptine on this activation. Therefore, we conclude that bromocriptine does not alter speed-accuracy tradeoff.