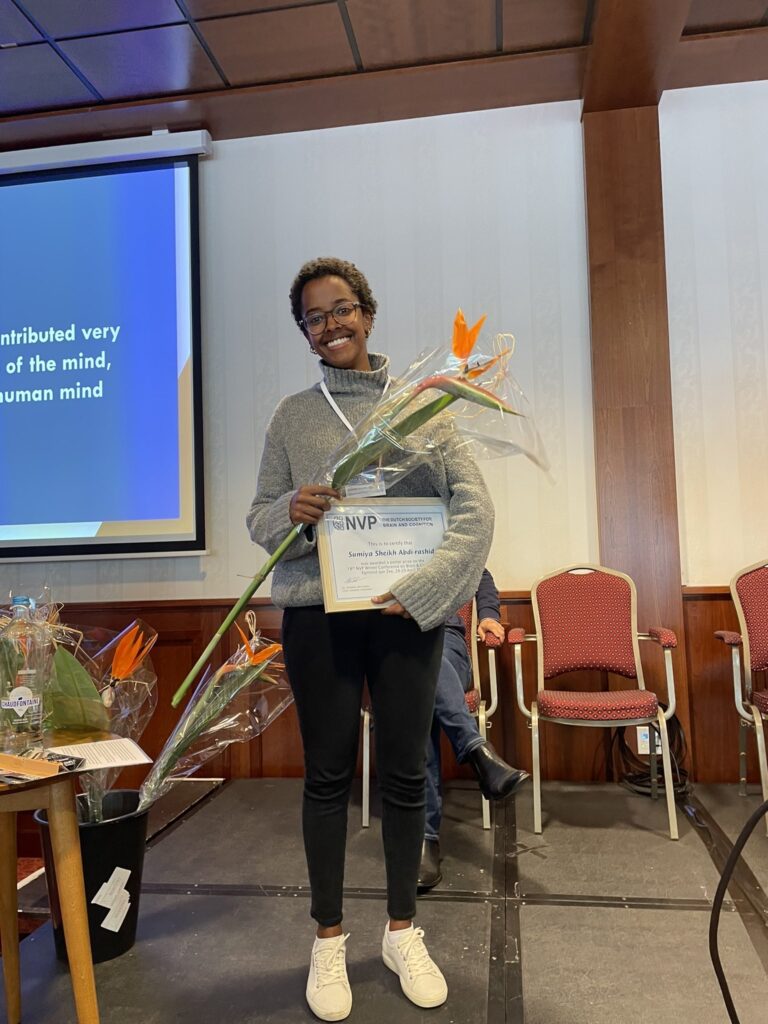 Congratulations to Sumiya Abdirashid for being awarded an NVP poster prize!

A brief summary of the presented work:

Spatial attention enhances perception at the attended location. Previous research demonstrates that preferred positions of population receptive fields (pRF) are attracted towards the locus of attention (Klein et al., 2014; van Es et al., 2018). This phenomenon was well characterized by an attention field model, which summarizes the locus of attention by a Gaussian. This model predicts that in addition to the position, the size of the Gaussian attention field (corresponding to the precision of spatial attention) matters. Here we investigate the effect of precision of attention while keeping the attended location constant.

We measured pRFs using ultra-high field MRI at 7T while participants performed one of two tasks; a high-precision task at fixation and a task that maximally distributed attention across the screen. The stimulus consisted of the standard pRF mapping stimulus. Behavioural results showed that participants were able to modulate their spatial distribution of attention, and that the difficulty of the two conditions were matched. The raw fMRI data revealed structured differences in the time-series elicited by the task conditions. These time-series differences translated into structured pRF position differences between conditions, indicating that the precision of the spotlight of attention influences visual representations of space.