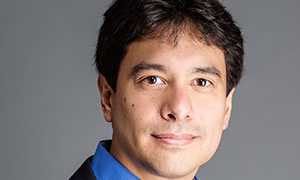 VICI grant for research into dynamics in the human brain

Professor Serge Dumoulin has been awarded a Vici-grant of €1,500,000 by the Netherlands Organization for Scientific Research (NWO). This 5-year grant is intended for him to do research into population receptive field dynamics in the human brain. The vici-grants are one of the largest individual scientific grants in the Netherlands.

Vision is the dominant sense in humans. A fundamental property of brain cells (neurons) is that that they process a limited region of the visual scene, known as their population receptive field (pRF). Basically, the pRF describes from which part of the eye neurons receive their information.

PRFs are a core neural property of perception, yet how the underlying circuitry operates is controversial. The question is whether pRF dynamics are caused by stable or plastic circuitry. Dumoulin proposes a theoretical framework for human pRF dynamics with two core innovations: non-invasively measure neural pRF properties and their perceptual consequences in humans and building a unifying computational model that offers pRF dynamics within a mathematically-defined circuitry.

Phenomena similar to pRFs occur throughout perception, cognition and neuroscience both in health and disease. Therefore, the advances of this proposal will be relevant to the neuroscience and cognition community at large.

Vici
The Vici grant is one of the three types of grant in the Innovational Research Incentives Scheme. The other two are the Veni grant and the Vidi grant. The Vici grant is intended for highly experienced researchers who have successfully demonstrated the ability to develop their own innovative line of research and can act as a coach for young researchers.