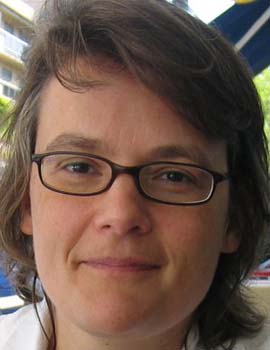 During the past few years the (developmental) neuropsychopharmacology and brain imaging group has looked at several drugs which influence the serotonin and dopamine system in the brain, such as amphetamine, methylphenidate and ecstasy (MDMA) in particular. We observed among other things, that users of ecstasy are susceptible to incur MDMA-induced brain pathology, in which the effects are dose related, females more susceptible than males, and younger users less susceptible than older users (age effect). We also investigate the effects of chemotherapy (methotrexate) on brain-imaging parameters in the mature and developing brain (in collaboration with the NKI/AVL). Current research is directed towards the brain in development. For instance, a lot of medicines administered to children have been registered for use in children and adolescents, but based on data obtained in adults, and therefore lack important information on their long-term safety. Therefore, we investigate in a large multi-center trial called ‘ePOD’ (Effects of Psychotropic Drugs on the Developing brain) whether the effects of fluoxetine (for treatment of childhood depression) and methylphenidate (for treatment of ADHD) affect the outgrowth of the serotonergic and dopaminergic system, with a specific focus on neuroimaging techniques.

Click here for the ePOD study page (in Dutch)