My main scientific interests and activities are directed towards investigating the effect of pharmacological and physiological interventions on functional brain activity and its behavioural and cognitive correlates. The advances in functional MRI have allowed us to study dynamic processes in the brain in response to a task, pharmacological challenge or physiological intervention. My research has focused specifically on pharmacological MR (phMRI), a technique to investigate the brain’s functional response to a drug challenge. As such, phMRI is a translational tool useful for drug development to identify target areas as well as for monitoring treatment. In a clinical trial, I have applied this technique to assess the effects of Ritalin treatment of brain development in patients with ADHD (ePOD study). In addition to hemodynamic measures of functional activity, I am also interested in using (functional) magnetic resonance spectroscopy ((f)MRS) to obtain more direct measures of neuronal and metabolic activity. Using these state-of-the-art imaging techniques I aim to further unravel the effect of pharmacological and physiological interventions on the interplay between neuronal activity, metabolism and cerebral blood flow.

Anouk Schrantee received her PhD degree from the University in Amsterdam in 2016 in collaboration with the Biological Imaging Centre (Imperial College London). In November 2015 she started working as a post-doctoral researcher on a collaborative project on the department of Radiology (AMC, Amsterdam) and the Swammerdam Institute for Life Sciences (SILS, UvA, Amsterdam) and joined the Spinoza Centre in July 2017. In 2019 she started a position as Assistant Professor in the department of Radiology and Nuclear Medicine at Amsterdam UMC, location AMC. 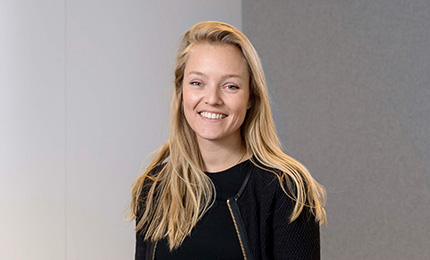 Anouk Schrantee appointed as Junior Fellow of the ISMRM

Anouk Schrantee became an Junior Fellow of the International Society for Magnetic Resonance in Medicine (ISMRM).

Anouk Schrantee has been awarded a Veni Grant of €250,000 by the Netherlands Organization for Scientific Research (NWO). The Veni-grant will be used to develop a new method to zoom in on the activation of brain cells during psychotropic drug administration.