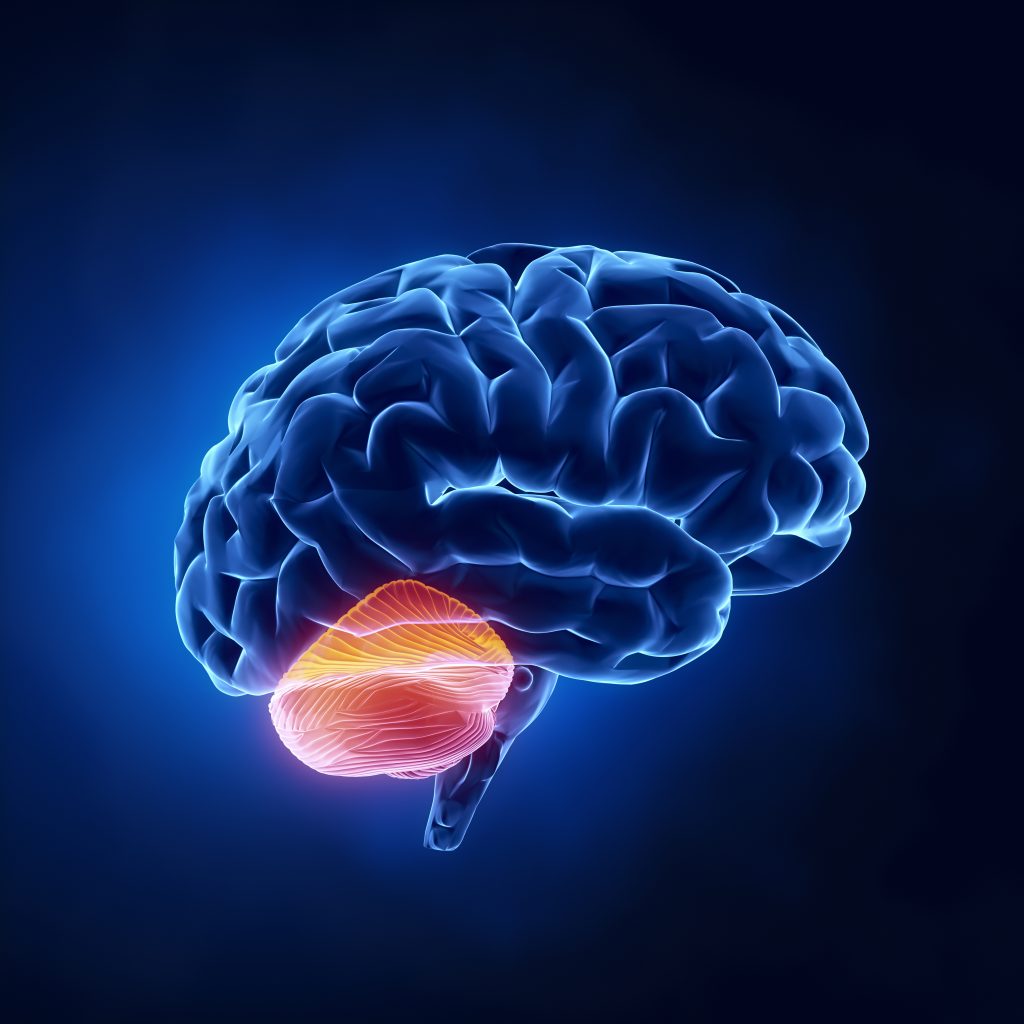 The cerebellum was previously thought to be principally responsible for controlling movement, but a new study by the Spinoza Centre for Neuroimaging – KNAW and the Free University Amsterdam suggests otherwise. The scientists show that this brain region is closely involved in visual perception. Using functional imaging, they found that the cerebellum contains no less than five different representations of visual space. The findings were published on May 9 in the leading journal Current Biology.

Until recently, visual perception was exclusively attributed to the cerebrum, the larger part of the brain. However, research from the Spinoza Centre for Neuroimaging – KNAW and the Free University Amsterdam now shows that the cerebellum also responds strongly and specifically to visual perception. Using state-of-the-art functional MRI imaging, researchers demonstrated that this brain region even contains five different maps of visual space.

The cerebellum, or ‘little brain’, was primarily associated with facilitating and controlling movement, but another function can now be added to the list. Combined with previous research, this study suggests that the cerebellum is essential for various cognitive functions, such as perception and memory.

Brain research for the most part focuses on the cerebrum, but Tomas Knapen, researcher at the Spinoza Centre, pleads for change. “To understand the brain and cure brain disorders, we also need to look at the cerebellum. This brain area is associated with a variety of brain disorders, but is underappreciated in neuroscience.” This study places the cerebellum in the well-deserved limelight.